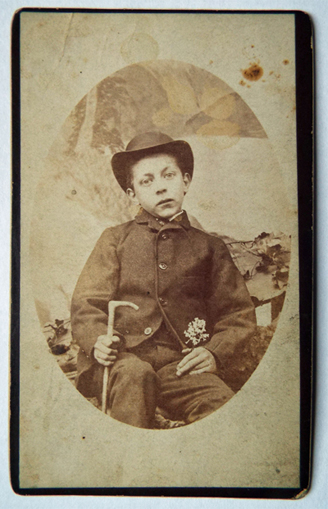 We are able to see what ordinary people in late-Victorian times looked like due to the popularity of what was known as a ‘Carte de visite’. Portraiture no longer the privilege of the rich, it had become possible to get photographed in one of the many studios available. The product was about the size of a playing card, just right for circulating among friends or adding to the family album. Although subsequently displaced by the postcard print that could be mailed, it was the arrival of the Box Brownie camera at the beginning of the 20th century that brought real change. Simple to use, everyone could now take pictures in their own settings, away from the make-believe backdrops provided by the studios.